Downgrade for a better phone!

I bought an Android smartphone in the spring when my ancient dumb phone finally expired. (The battery physically expanded until the back cover couldn't be attached, and it held less than a day's charge.) But as usual I went the cheapest possible route: a pay-as-you-go top-up "plan" with an out-of-date almost free phone.

As an Android newbie I gleefully configured my new to me (but actually rather old) Huawei Y215 with everything I could think of. I frequently updated all the apps, both pre-installed and some I downloaded. I learned that when you get the "insufficient memory" message it was time to clear all the app caches. I was a wizard. 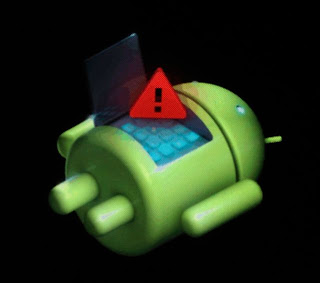 But the phone slowed down. I frequently had to wait for it to come out of an apparent coma when I tried to launch apps. Eventually even simply turning it on was a chore and it would very often ignore my frantic stabs at the screen. I had to reboot it daily (or more) and it recently started crashing randomly -- even while sleeping in my pocket -- or producing the weirdest garbled UI screens you can imagine.

I started to think that perhaps I should contact somebody about a warranty exchange or hardware repair or something (do these cheapies even have warranties?). But then I remembered that it's always a good idea to try a factory reset first. So I Googled it and found out you can do a neat trick with the volume up and power buttons after pulling the battery, so I tried it.

Amazeballs! All kinds of memory freed up, messaging has returned to the Facebook app, everything runs faster again, and so far -- touch imitation wood grain vinyl -- it hasn't crashed or bluescreened. Too good to be true, but I'll take it.

Lesson learned: under no circumstances am I to update any apps. I have disabled all the updates and notifications. I will only install the bare minimum of extra, non-builtin, apps. So far just Instagram since Gmail, Twitter and Facebook are all standard -- though obsolete -- pre-installed apps.

So there you go folks: one of the very few occasions where a complete and utter downgrade has netted me a vastly improved user experience. I hope that this thing gives me a few more years of reasonable service before succumbing to the "Sorry, you need a new widget to play" doom.